Over time all showers will show a build-up of soap scum, limescale & mould. This is easily preventable with the right tools, equipment & cleaning regimen. Check out these tips & tricks below to cut down on your cleaning time & restore your shower to its original glory.

Mould thrives in dark, damp & humid areas which is why it is commonly found in bathrooms. It feeds on the organic matter being dirt, dust, skin particles & other various sources which is how it can often explode throughout the bathroom in just a matter of days.

For removal, it’s important to have a consistent routine. Ultimate’s Mould & Mildew formula is specifically designed to target mould spores themselves & is highly effective at removing all traces of mould from the shower INCLUDING the silicone!

If you are experiencing mould in other areas of the bathroom such as the ceiling & cupboards, repeat steps 1 & 2. Allow to sit for 5-15 minutes depending on severity of mould & wipe down residue with a clean cloth. Should there be any residual mould left, repeat this process until removed.

Frequently seen in areas that experience hard water, the water combines with the oil & dirt rinsed from our bodies & binds together with the soap. When splashes of this land on the shower glass, over time these deposits will thicken & resemble what we know as soap scum.

There are many products available on the market which are designed for effectively cutting through soap scum. Citrus Resources Zest is an acid based cleaner which is fantastic to really cut through heavily built up soap scum & scale build up. It is also highly effective  as a general purpose cleaner for tiles, grout, toilets, urinals & most bathroom vanities. Due to its acid formula, DO NOT use on marble, stone or onyx, in this scenario we would suggest using a pH NEUTRAL formula such as Research Products Unique.

When soap scum & water marks are left on glass for extended periods of time, it causes corrosion. Over time the minerals left by hard water will build up on the glass & cause Stage I corrosion which is identified by the clouding of the glass. As the glass becomes too alkaline (due to soap residue), the minerals will then begin to etch the glass, causing irreversible damage. This is known as Stage II corrosion & is very difficult to correct.

How to tell the difference? If any of your acidic or physical abrasion methods work to remove the stains, you have Stage I corrosion. If your efforts are not having any impact, despite repeated attempts, you are likely dealing with Stage II corrosion & will need to either buff out the scratches or replace the glass.

For Stage 1 corrosion, if your regular bathroom cleaners haven’t had much of an effect – try something with a slightly grittier texture. CRL Bio-Clean Water Stain Remover has a thick, paste formula that you buff & polish onto the surface to quickly & effectively cut through that top layer of mineral build up & soap scum.

In Far North Queensland, the Asian Gecko can be a real nuisance, the main concern with this animal is hygiene related. The faeces of the Asian Gecko is known to carry numerous parasites. It is these parasites that can be transmitted to humans, causing various health concerns.

Another common concern with the Asian Gecko is that they frequently reside in air conditioning units, resulting in shorting out the unit causing considerable damage. More often than not, this requires the unit to be replaced or undertake expensive repairs.

A simple way to discover you have Gecko’s residing in the house is by their telltale droppings. They make a mess all over the walls & floor throughout the house! Gecko droppings have a white tip at one end which is quite easy to recognise. By maintaining Gecko levels early on it prevents them from becoming an out of control issue.

Geckoff is an Australian owned & manufactured product solely designed to deter gecko’s from hanging out inside the home, in outdoor living spaces & in appliances. It’s an all natural spray, free of nasty chemicals so is safe for use around the kids & pets!

Repel pesky Gecko’s without harming them OR the environment.

No nasty ingredients to upset children.

The all natural Gecko Repellent won’t harm any Gecko’s sharing your space, it simply deters them from returning to the area of application.

Safe to use on a variety of hard surfaces including but not limited to:

Made on the Sunshine Coast, QLD – Geckoff was developed by those who know first hand the damage that Gecko’s can cause in a home.

How to choose the correct mop? 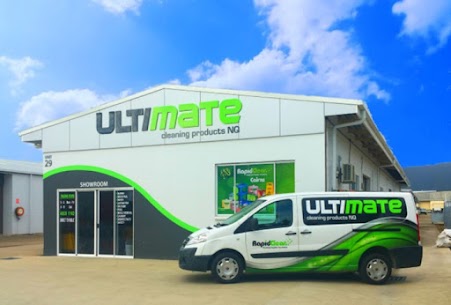 With such a huge range of mops available on today’s market, it’s more overwhelming than ever to try & choose a suitable one. Let’s take a look at a few of the more common styles & what they’re designed for. 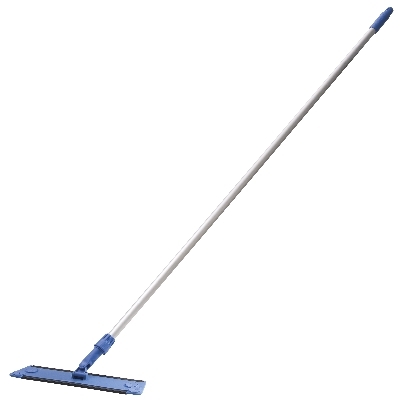 These feature a flat head generally in the shape of a rectangle & can be used for either wet or dry cleaning. They are ideal for use on smooth, hard surfaces such as timber, tiles, vinyl planking or polished concrete. Due to the variety of sizes available, they are often a primary choice for those wanting to maximise efficiency & cover large surface areas very quickly. Flat mops are most commonly designed for use with a microfiber pad for general mopping & cleaning, however, they can also be paired with a slightly more abrasive pad ideal for scrubbing. The velcro backing on the pads allow them to easily be interchanged for different tasks & they are often machine washable. It is important to note that you should avoid washing any microfibre with cotton or other materials as they can be damaged. It is also suggested to avoid bleach, fabric softener & excessive heat when laundering microfiber.

Predominantly used for domestic cleaning in & around the home, traditional String Mops are used as a part of a mop & bucket system. They are often a more affordable option, however, the mop heads do require regular replacement due to the shedding of lint & build-up of bacteria. Some traditional string mop heads are able to be laundered which can increase their life span. Their fibres are often more absorbent than those of a flat mop, providing excellent absorbency capabilities for spills & accidents. However, this means you will often use significantly more products & chemicals when cleaning. Cross-contamination is very common with the use of string mops as every time the mop is placed into the bucket, you are spreading the germs & bacteria. 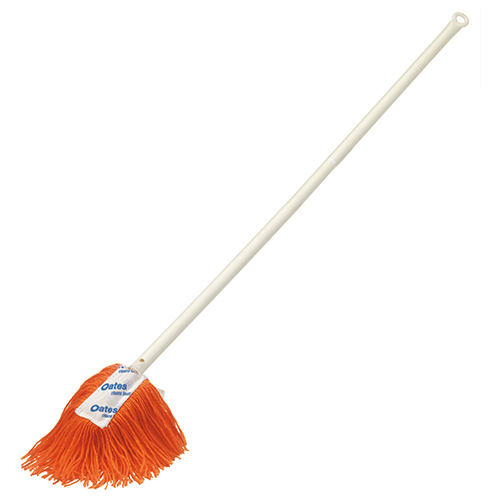 Often a large rectangular shaped head — similar to that of a flat mop. However, dust mops generally feature a lambswool, ‘modacrylic’ microfibre or various synthetic heads which is ideal for picking up & trapping minute dust particles. These are solely recommended for dry cleaning & are suitable for use on walls, ceilings, floors as well as light fixtures & fans etc. They are often machine washable, however, caution should be taken to avoid excessive heat & harsh chemicals such as bleach & fabric softener due to the nature of the material. These are commonly seen in both the domestic scenario as well as large commercial lots. Due to the various sizes available, they are a very popular choice for efficient sweeping of large spaces.

How often do we hear these terms used interchangeably? Let’s take a look at what they actually mean & which products are required for each task.

Most commonly done around the home, it removes visible soiling, dirt, impurities & germs from the surface or object but won’t necessarily kill them. By removing the visible impurities, it assists with preventing germs from spreading as quickly. Methods often involve the use of wiping or scrubbing of hard surfaces, washing or rinsing with hot water, soaps & detergents.

The act of reducing the level of bacteria identified on the products label to a safer level,  according to public health standards or requirements. Sanitising WILL NOT kill all bacteria & viruses. It often involves the use of chemicals such as a hand sanitiser, or a sanitiser for food processing areas. Whilst hand sanitisers may not be effective to eliminate all germs, they’re excellent to keep on hand in public scenarios where you may not have access to warm water & soap.

The process of disinfecting destroys or inactivates both bacteria & viruses which are identified on the specific products label. Disinfectants are generally a stronger formulation than sanitisers & cleaners. Ideal for high touch areas such as door handles, tap wear, toilets & public spaces. Different formulations will target different virus & bacteria strains. It is important to always refer to the product’s label to see what it is effective on & follow instructions for contact time. Often disinfectants are sprayed & then wiped away immediately, before given time to effectively work. They are available in a wide range of formulations such as wet wipes, spray, thickened gel & liquid.

Disinfecting is commonly used in:

It is important to note that to effectively SANITISE or DISINFECT any surface or object, it must be appropriately CLEANED first! This may require you to initially apply your chosen product once to wipe down any visible soils, then reapply allowing to sit on the surface for the recommended period of time as per the label, before wiping away.

This is often used by professionals in settings such as hospitals, surgery rooms, doctors offices & other medical venue’s where a high level of hygiene is critical. Whilst Disinfecting is effective against a large variety of germs & bacteria, Sterilization will remove ALL microorganisms, including those that aren’t harmful. It is unlikely that the general public will need to know how to sterilise their homes, however some methods of Sterilisation can include: